The Armchair Squid turns four years old today.  It's time to hand out some hardware.  And the Squiddy goes to...

The critics raved but I was still unsure about The Walking Dead comics.  Zombie narratives are definitely not my thing - too much blood, too formulaic, too hopeless.  And yet, there was something about the series that worked for me.  I think two factors helped me enjoy Walking Dead more than the standard zombie fare: 1) the series is drawn in black and white so the copious amounts of blood are not red and 2) we don't actually see the zombies very often.  The story focuses on the struggles of a small group of characters to make a new life in a post-apocalyptic world rather than a constant onslaught from the undead.  After four trade paperbacks (finishing with Volume 4: The Heart's Desire), I decided I'd had enough.  That's still a lot further than I would have expected to get.


Biggest Disappointment: The Man Who Knew Too Little

We had a pretty good year with Family Movie Night films.  The Man Who Knew Too Little, a 1997 Bill Murray vehicle, was the only real clunker in my estimation.  It's funny at times but the story falls well short of compelling.

Stanislas Wawrinka (Switzerland) is not likely to threaten for Major tennis titles.  At age 28, he has never advanced passed the quarterfinals of a Slam tournament.  However, he is the sort of tough grinder who's difficult to root against.  In January, it really looked like he had Novak Djokovic, the top seed and two-time defending champion, on the ropes in Melbourne.  The Serb eventually managed a 12-10 escape in the fifth set and went on to win the title.

After the bombing at the Boston Marathon, baseball stadiums across the country played Neil Diamond's "Sweet Caroline," a song adopted long ago by the Red Sox, in tribute.  When I heard the crowd at Yankee Stadium sang along with gusto, I couldn't help tearing up a bit.  However, the following from the Salt Lake City Marathon is even better.  Definitely worth a re-post:

Renaissance man George Plimpton was brilliant at playing the stuffy aristocrat on screen.  In print, he was humble, insightful and pretty darn funny.  Paper Lion is a seminal work in sports journalism, chronicling Plimpton's adventures while embedded with the 1963 Detroit Lions.  It's the sort of book that's embarrassing to read on an airplane because I can't stop giggling.  It also provides a wonderful glimpse of a simpler time in professional football - a must for any thoughtful fan.

No one's better than the Bard and Macbeth is my favorite among his plays.  For my submission to July's Cephalopod Coffeehouse, I read an illustrated folio addition, artwork by Von.  Macbeth has it all: murder, intrigue, insanity, power lust, dark magic.  What's not to love?

I have long loved the film version of V for Vendetta but never got around to reading the original comics until last month.  After posting my review, I quickly learned that not all comic book readers are as impressed by Alan Moore as I am but he's definitely my favorite.  His allegorical rant against Thatcherism is highly compelling, the best graphic narrative I have seen so far.


Athlete of the Year: Andy Murray

Andy Murray's entire career has been validated over the past twelve months.  Britain's #1 won his first Major at the 2012 US Open.  The real prize came just last month when the Great Scot ended the UK's 77-year title drought at Wimbledon.  Now maybe - just maybe - everyone will get off his back.  (Yeah, right...)

One of the least interesting comic books I read for this year's A-Z Challenge inspired one of the most interesting conversations - most revolving around the merits of the cover art (or lack of merit, depending on perspective).  Discussion in that thread also lead directly to the creation of the Cephalopod Coffeehouse (details here). 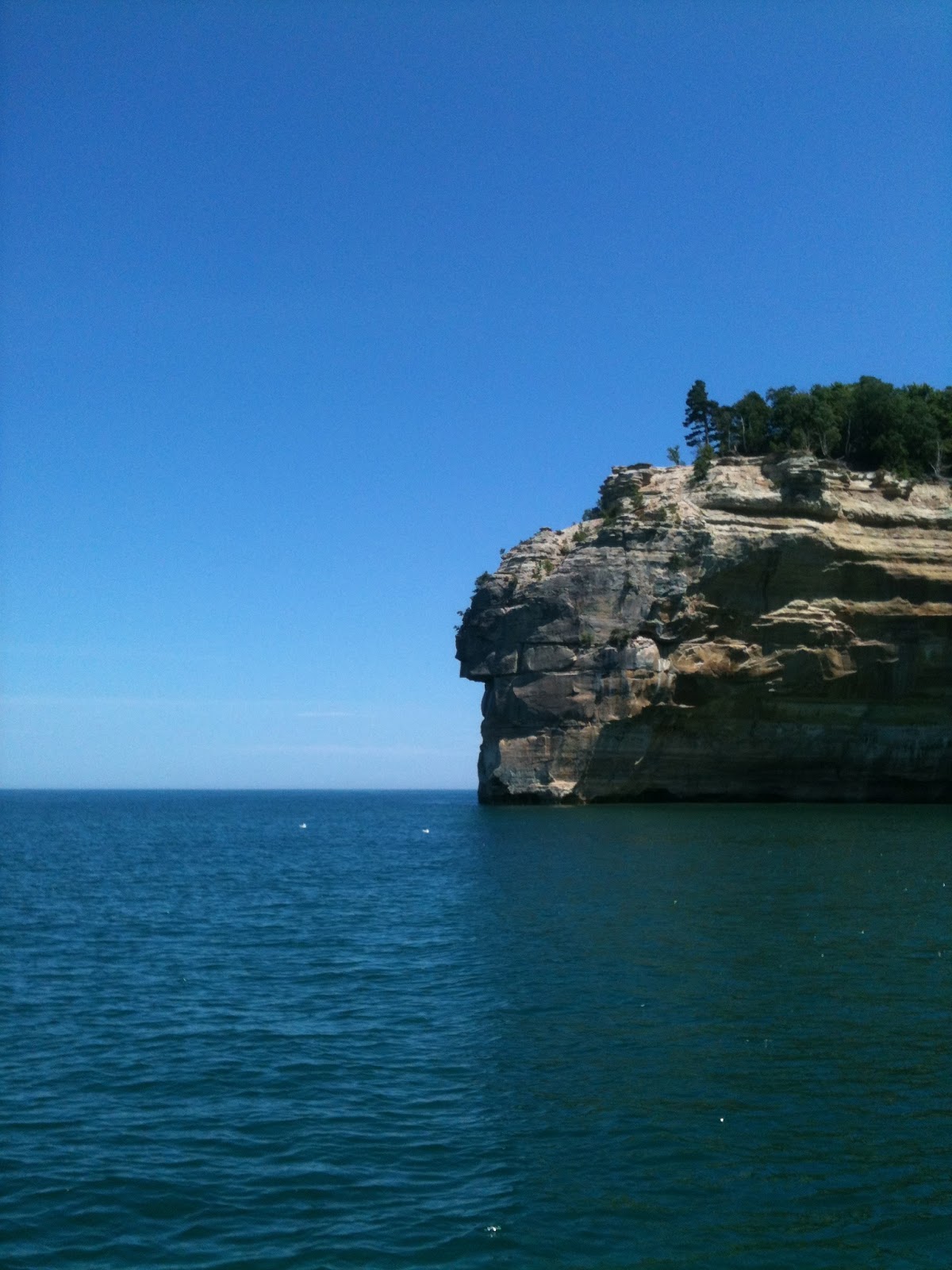 We did not make it to the seashore this year but we did the next best thing by visiting the world's largest body of freshwater.   During our Michigan adventure, we took a boat tour of Pictured Rocks National Lakeshore.  Superior is nothing short of awe-inspiring.  I felt like I had reached the edge of the world, staring out across 150 miles of empty water.  Until this summer, it was the only one of the Great Lakes I'd never seen, except from an airplane. 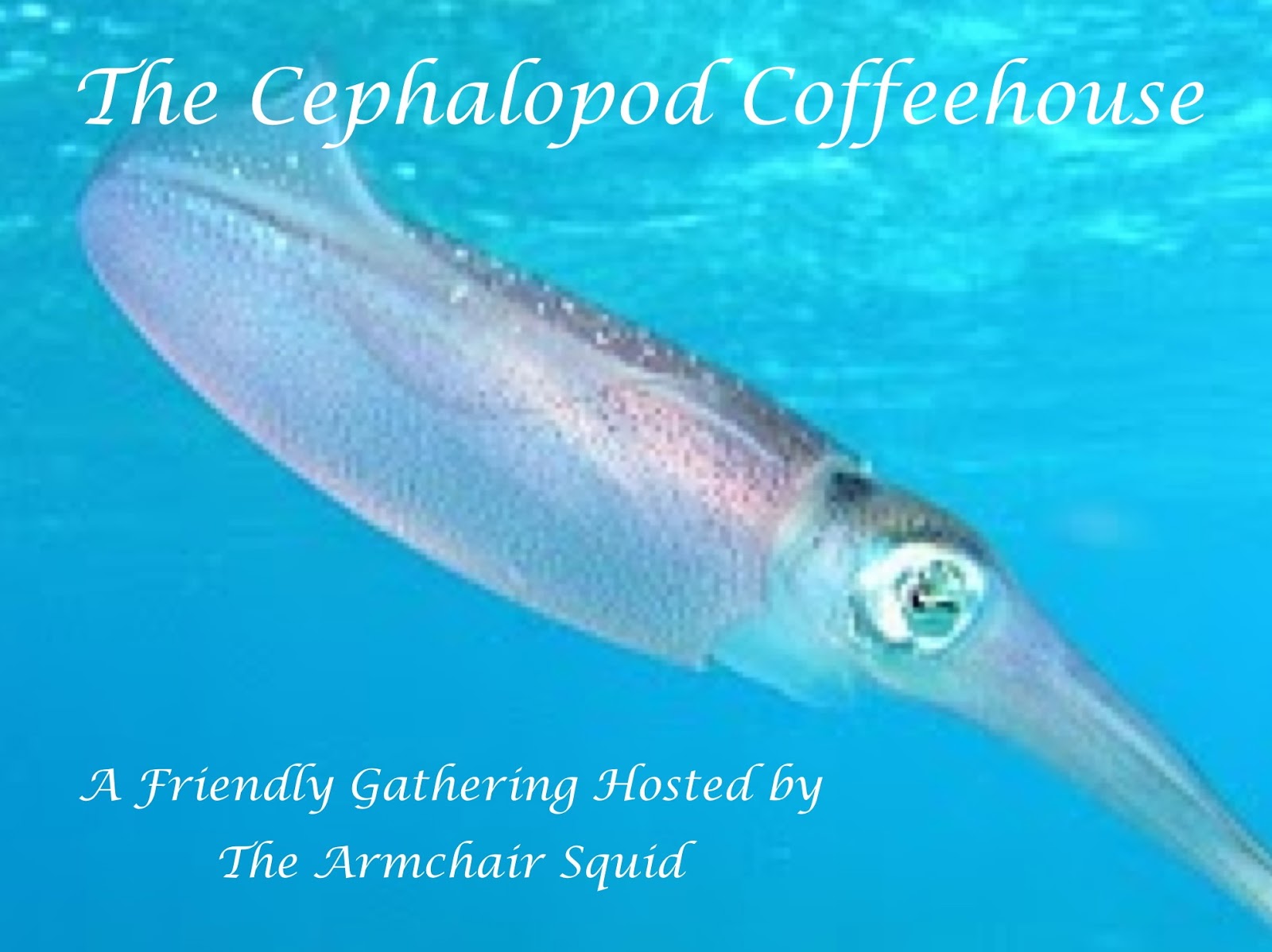 At this point, I really shouldn't be surprised by the joys of making friends in the blogosphere.  However over the past few months, I've found an unexpected niche among a small enclave.  It started with Suze's Tiny Harmonies series in March, grew with A-Z in April and found a regular meeting place with the Cephalopod Coffeehouse.  Several of them are Coffeehouse regulars so if you'd like to get to know them, too - and why wouldn't you? - please join us for August's meeting.

Posted by The Armchair Squid at 9:29 AM