Bitters of the Month: Maple Orange 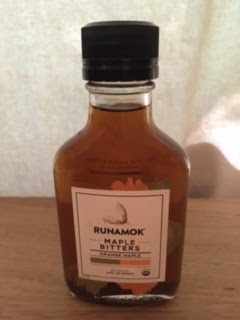 This month, we're testing Runamok's Maple Orange bitters, the third in the Vermont-based company's recently introduced line.  For us, the best test for orange bitters is an Old-Fashioned...
Bitters Battle: Regan's Orange Bitters #6 vs. Runamok Orange Maple
Runamok has had a good run in our tests so far, knocking out two of our standing favorites.  This time, Regan's holds up once again.  It is simply more orangey - perhaps not surprising.  Generally speaking, adding sugar detracts from the tanginess of orange flavor.  If you want that tanginess - and it turns out we do - sweeter is not the way to go.
Winner and Still Champion: Regan's Orange Bitters #6
Posted by The Armchair Squid at 1:00 AM