Title: Game Over: Kasparov and the Machine
Director: Vikram Jayanti
Original Release: 2003
Choice: Mine
My Overall Rating: 3 stars out of 5 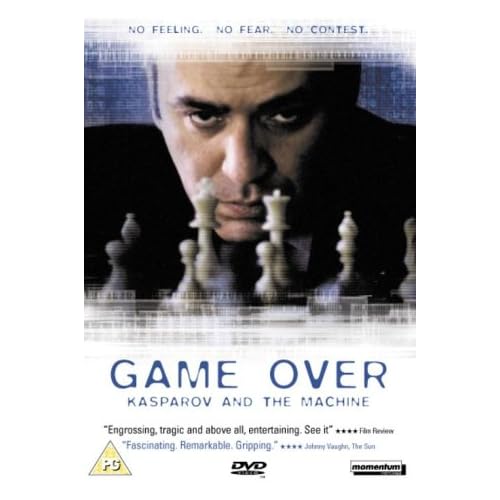 A few weeks ago, we watched Searching for Bobby Fischer.  In my review of that film, I discussed my love of chess and also the possibility of watching this movie, a documentary about Grandmaster Garry Kasparov's showdown with the IBM computer Deep Blue in 1997.  We watched Game Over last night and while I enjoyed it, I am glad we watched Fischer first.

The primary focus of Game Over is Kasparov's assertion that the IBM team cheated in the second game of the six-game match.  Essentially, Kasparov set a trap for the computer.  Deep Blue responded with a move which Kasparov contends a machine could not have made on its own.  He suspected human intervention and his obsession with the matter ultimately led to his defeat in the game and the match.  As a documentary about Kasparov's anxiety, the film works.  I particularly enjoyed the inclusion of clips from the silent 1927 French film, Le joueur d'echecs, a similar fictional story set in 19th century Russia. 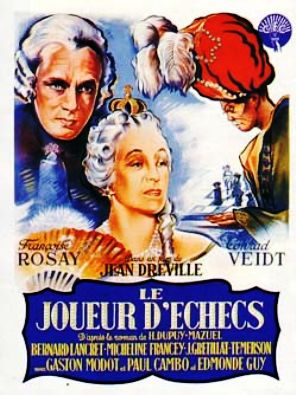 Some professional critics slammed the film for its bias towards Kasparov's position, not giving IBM sufficient opportunity to defend its integrity.  In the end, the company is cast as just another corporate empire out to drive its share prices up, ethics be damned.  As for myself, I would have liked more technical discussion of chess.  The game itself took a backseat to the psychological warfare between the two camps.

Photo via World for Travel

Posted by The Armchair Squid at 11:16 PM