On the Coffee Table: Miles Behind Us 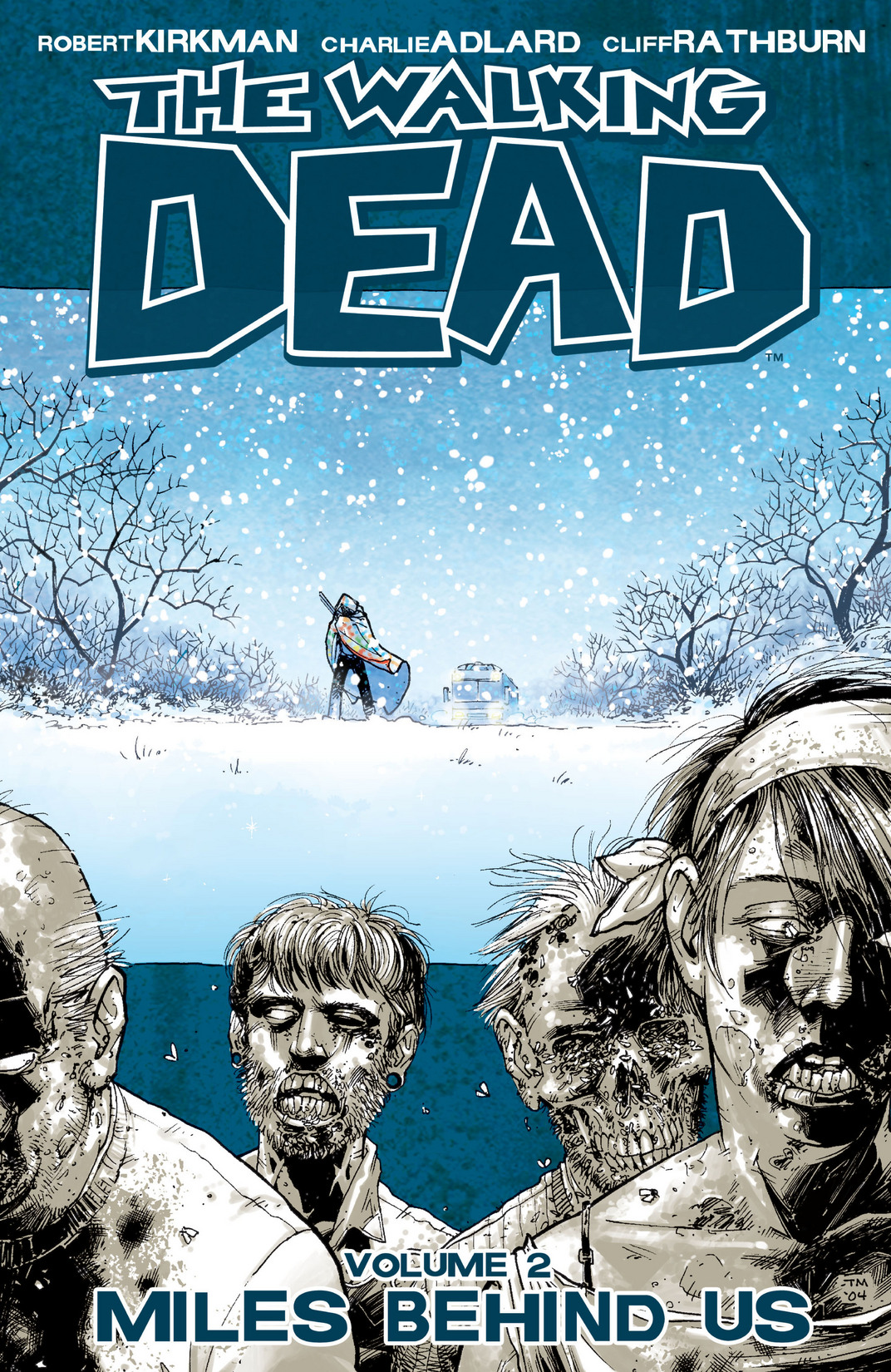 Image via The Walking Dead Wiki

My unexpected fascination with Kirkman's zombie-scape continues with this second volume, compiling issues 7-12 of the comic book series.  My Wife and I discussed the story over breakfast this morning (she hasn't read it yet but I think she should).  For me, what works for this story as opposed to other zombie narratives I've encountered is that you don't actually see the zombies very often.  The focus is on one band of survivors and their struggle to piece the basics of existence back together.  The zombies turn up from time to time so as to remind us of the reason for hardship but it's not a constant barrage of the undead.

A new crisis is introduced at the beginning of Miles Behind Us: Lori Grimes (wife of Rick, our protagonist) reveals that she is pregnant.  While the obvious worries about another mouth to feed and lack of access to professional medical care are of great concern, there's also the underlying question of whether or not Rick is the biological father.  The Grimes family remains at the center of the story throughout but the rest of the cast is fluid.  Newly discovered survivors join the team, while others are lost.  Dilemmas of personal versus communal survival abound.

Adlard replaced Tony Moore as lead artist in issue #7 and has remained with the series in that capacity ever since.  Moore moved on to his own projects: The Exterminators and Fear Agent.  Adlard is also the penciller for the series Savage.

Posted by The Armchair Squid at 10:16 AM