Star Trek: The Mark of Gideon

Episode: "The Mark of Gideon"
Series: Star Trek: The Original Series
Season 3, Episode 16
Original Air Date: January 17, 1969
The Enterprise arrives at the planet Gideon on a diplomatic mission to invite the planet to join the Federation.  But the Gideonites give bogus transporter coordinates, tricking Captain Kirk into beaming down to an Enterpirse replica.  He believes he is on his own ship and his crew has vanished.  The only other being on board the ship is the mysterious and beautiful Odona who encourages him to embrace this new existence.

Eventually, the truth is revealed.  Odona is the ambassador's daughter.  It was her job to trick Kirk into sticking around so he could help solve Gideon's overpopulation problem.  The people, it seems, have stopped getting sick and dying so the planet is now bursting at the seams with human life.  Kirk, we learn, carries a latent infection of Vegan choriomenengitis.  He has infected Odona who will now die.  The Gideonites will use Kirk to infect others as well.

This episode generally gets panned by critics for its logical inconsistencies.  How and why would the Gideonites go to all the trouble of building a replica ship?  Why is this infection not an issue every single time Kirk beams down to a new planet?  Fair questions, I guess, but I enjoyed this story - the first I've genuinely liked in a while.  The overcrowding is definitely a concern that speaks to me.  I've spent too much of my life in mega-cities like New York and Tokyo and am happy to live in rural Vermont now simply because there aren't as many people around.  In one deliciously creepy scene, Kirk opens an exterior-view window and a sea of Gideonites stares back at him.  The story is quite daring in its approach to the topic, too.  Kirk suggests sexual sterilization and birth control to the Gideonites as possible alternative measures in curbing population growth.


*****
Sharon Acker (Odona) was born on April 2, 1935 in Toronto.  Initially a theater actress, a stage role in Lucky Jim led directly to a screen role in the 1957 film version of the play.  Other film gigs included Point Blank, Waiting for Caroline and The First Time.  Acker was more successful in television.  Beyond Trek, she had regular roles in two short-lived series.  She was Della Street in The New Perry Mason (1973-74) and Helen Walling in Executive Suite (1976-77).

Merry Christmas to all! 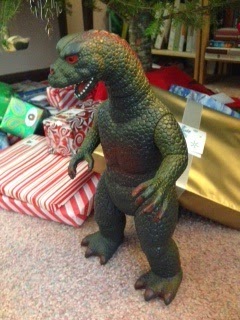