I'm still undecided as to how I feel about Doctor Strange as a character.  While I will grant that he is refreshingly different from his Marvel contemporaries, I don't find his stories as compelling as those of others.  At this point, I would rate him above the Fantastic Four but below the Silver Surfer and Spider-Man.


However, there's no denying the artwork is something special.  As promised last week, I've done a little research into the fascinating links between Steve Ditko's illustrations and the psychedelic art that emerged from the counter-culture of the mid-to-late 1960s.  This week, I will share a quick look at the common roots for both...


In creating a mystical character with connections to the Far East, Ditko deliberately drew inspiration from Asian mystical art.  The most commonly found expression of that art in modern society is the mandala: 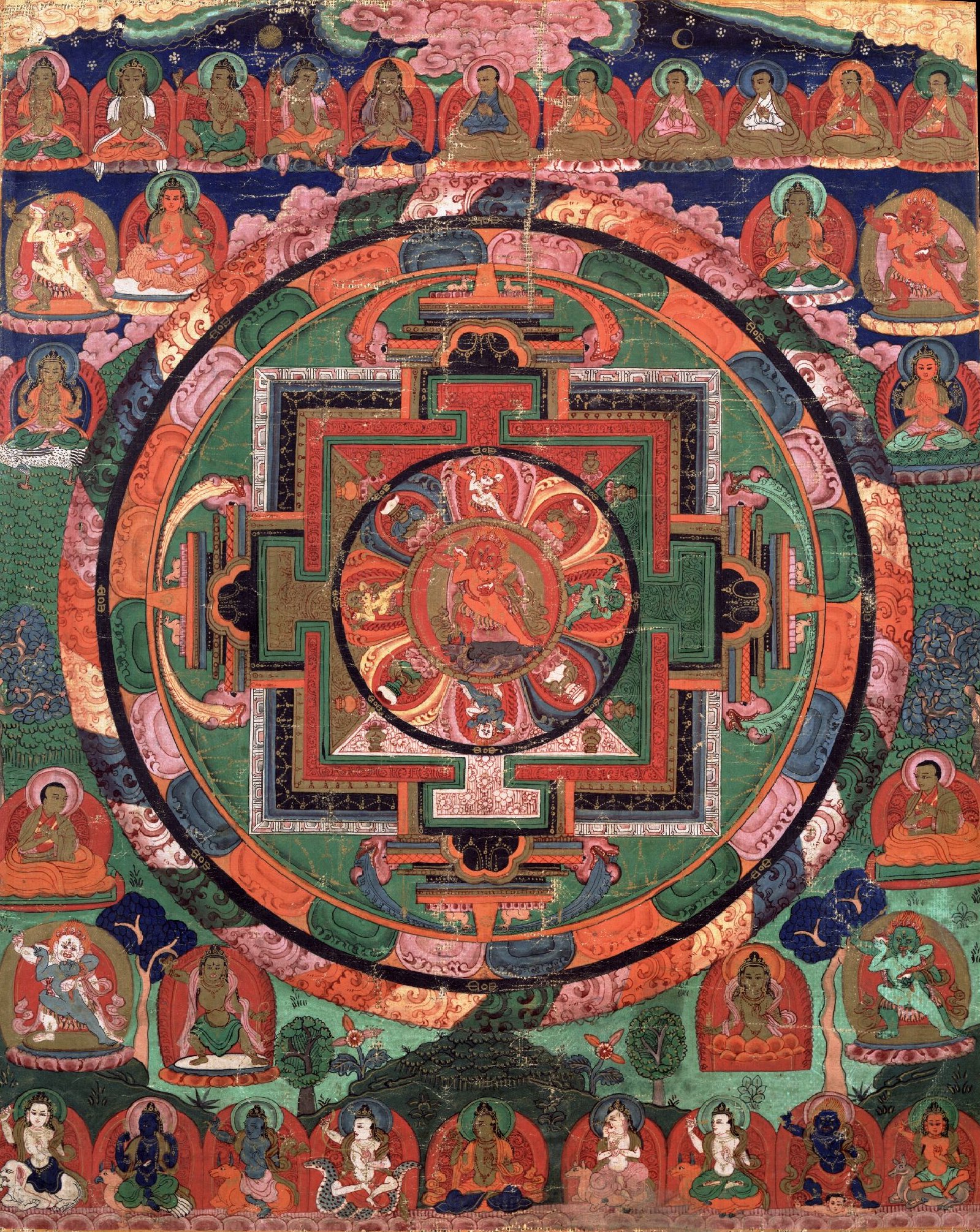 Asian mystcism, and the trappings thereof, were popular among the counter-culture as well.  The Beatles, among others, being drawn to Indian sitar music at the time was a different manifestation of the same phenomenon.

While the artist himself would not have been thrilled, there were counter-culture enthusiasts who embraced Dr. Strange comics as an element of their movement.  Next week, I'll look at some of the direct links.