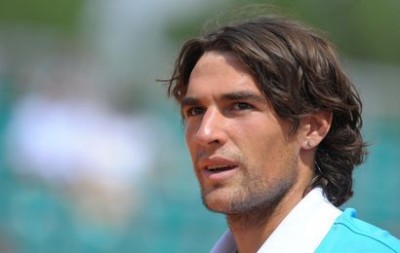 Photo via Greg in Hollywood

By reaching the quarterfinals, Chardy achieved his career-best result at a Major.  He won the boys title at Wimbledon in 2005.  His career-high ranking is #25, though given that he's improved on a mere first round performance from last year, that should change soon.

Juan Sebastian Cabal (Golden Squid since 1/21/2012) - The Colombian doubles specialist Cabal teamed with his usual partner, countryman Robert Farah.  The two had a great tournament, reaching the Aussie quarterfinals for the first time.  They lost to the Italian team of Simon Bolelli/Fabio Fognini in three sets.

Posted by The Armchair Squid at 6:18 PM