On the Coffee Table: Oishinbo 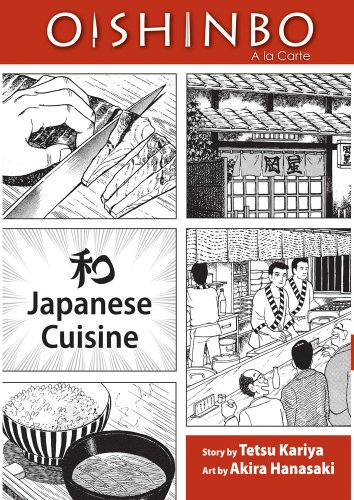 Oishinbo is a long-running cooking manga, first published in 1983, with 109 issues and counting. The English translation has been compiled in a themed, greatest hits format.  Each collection focuses on a particular area of Japanese cuisine without regard to the overarching story. 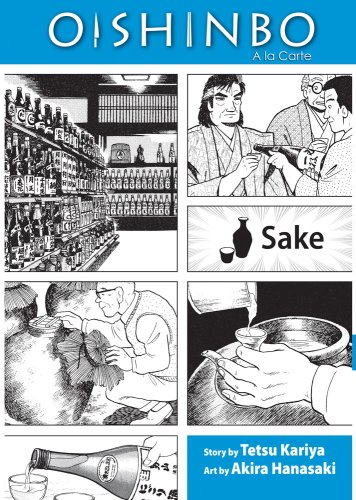 Yamaoka is a food journalist placed in charge of the Ultimate Menu project for Tozai News.  Kurita is his partner on the project who eventually becomes his wife.  Yamaoka's nemisis is Kaibara who is also, rather inconveniently, his father and culinary mentor.  Father-son relations are strained, to put it mildly, and the conflict is the main vehicle by which cooking philosophies are explored. Image via Manga Worth Reading

Frequent visitors to The Squid already know the significance of Japan in my life.  I've spent five years of my life in the Tokyo-Yokohama area - two as an adult and three as a child.  My time teaching English in Japan was undoubtedly the formative experience of my young adulthood.  Nothing pulls at the nostalgic heartstrings for me like thoughts of Japanese food.  I certainly couldn't afford much in the way of fine dining while I was there but memories of even the daily staples are transporting.  As such, these three volumes frequently left me both wistful and salivating.

Oishinbo pre-dates and undoubtedly influenced another manga series we've enjoyed: The Drops of God (reviews here, here, here and here).  Story parallels are obvious: a male-female culinary puzzle-solving duo, significant Daddy issues and so forth.  There are also similar patterns in the visual presentation.  Most of the story is in a fairly cartoonish style.  Close-up images of the food, on the other hand, are more realistic and richly detailed.  Similar contrasts are used for the wine bottles in Drops of God.

While the discussions of food and drink are wonderfully engaging, the broader story isn't worth too much.  Character development is minimal and plot lines formulaic.  Occasionally, the series tries rather clumsily to tackle serious issues such as alcoholism and cultural insensitivity.  In terms of story, Drops of God is the superior manga.  However, any food geek will find plenty to love.  Cuisine is a wonderful window into the soul of a culture and Oishinbo reveals much in terms of the Japanese view of themselves and their place in global society.

Posted by The Armchair Squid at 8:45 PM