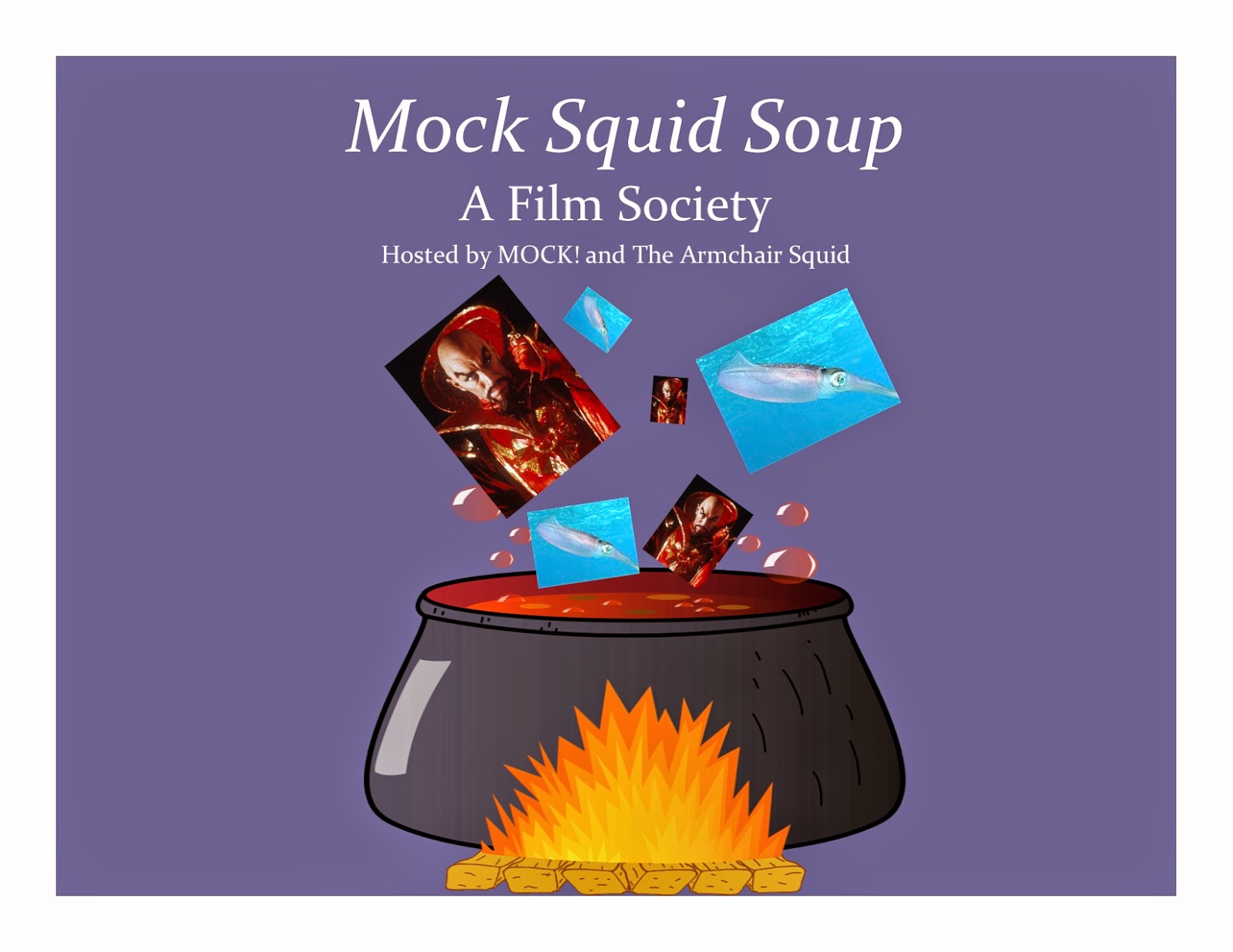 Today, as an added treat for this month's edition of Mock Squid Soup, all society members are invited to post three hints about their film choice for the month.  All are welcome to guess, of course.  Here are the three clues for my movie:

- The director has directed over 20 movies from a variety of genres.  Perhaps his most enduring films are a couple of musicals from the early 1970s.  This, however, is not a musical from the early '70s.

- One of the actors was in the midst of a career transition from television to film.  While he wasn't quite there yet, in a few years, he would become one of the biggest stars in Hollywood.  He wouldn't work with the director again until 14 years later.  But when he did, he was nominated for an Oscar.

- The film's score composer is a jazz titan.  After dropping out of a fine liberal arts college in rural Iowa, he caught on with the Miles Davis Quintet in the 1960s.  Over time, he became one of the world's premier electronic jazz musicians.

Any guesses?  Society reviews will be posted next Friday, May 8th.  See you then.  Meanwhile, please visit my fellow cinephiles today: