Halyard, admittedly, is not much of a restaurant.  It's a brewery with a tasting room in South Burlington and, as this is Vermont, they are legally required to serve food.  Typical of such establishments, they offer the bare minimum: two kinds of popcorn and and two kinds of dumplings.  My friends and I have gone, I believe, three times, and tried all of the food on the menu.  The brew is alcoholic ginger beer - several varieties on tap and included in cocktails. 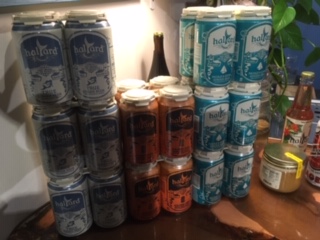 All of the food and drink is fine but it's not why we go.  Halyard has large, sturdy tables, small crowds and a patient staff who have no problem with us sticking around for hours playing board games!  We used to go to a mead hall where we and many others would do the same but they closed that space (fortunately soon to reopen in a different location, unfortunately further away).  So we, as a game-playing collective, have been adrift for a few months.

We are a consistent quartet: Mock, Blue Liner and I are joined by a new character to The Squid.  We shall name him Young Buck as he is a decade-plus younger than the rest of us.  He's an old soul, though, so he fits in just fine.  We try to get together every month or so.  Our games from this latest gathering:

Dragonwood (from Mock's collection) - You collect cards which earn you dice which you roll to win other cards, some of which have special powers, some of which have points.  Whoever has the most points at the end of the game wins.  Simple concept, easy to learn, quick, subtle strategy, great artwork - a winning combination.

5-Minute Dungeon (Mock's)  - A marriage of D&D and speed chess.  This one's a cooperative card game.  Your party must defeat a set number of opponents in each round.  Each round lasts five minutes as timed, if one wishes, by a phone app with various voice options.  We liked Spooky and Scottish best.  Incorporating phone apps into tabletop games seems to be the new thing.  This was my first time playing.  It's fun - a bit confusing given the time constraint but definitely fun.  As with Dragonwood, great artwork.

Codenames (mine) - One of my favorites.  It's sort of like $64,000 Question.  A 5x5 array of word cards are laid out.  You give your partner clues as to which cards are meant for your team, while avoiding those of the other team and the one, game-ending bomb card.  There is also a picture version which we don't like as much.  I have the Marvel expansion but that's a tricky one when some people (Mock and Young Buck) know a lot about the comic books while others (Blue Liner and I) know far less.  One can play it is a cooperative game.  I wonder if the Marvel version might work better that way.

Frag (Young Buck's) - Another of the mainstays in our rotation, best described as a first person shooter game in tabletop form.  I am always keenly aware that my companions enjoy this game a lot more than I do, though I do manage to win occasionally.  Generally speaking, I don't enjoy games as much when success comes so obviously at another's expense.  Ticket to Ride is my ideal: even if you lose, you've still built something and building things is fun.  In Frag, you win by killing each other.  Players regenerate almost immediately so no one is knocked out permanently.  Even so, it doesn't quite sit well. 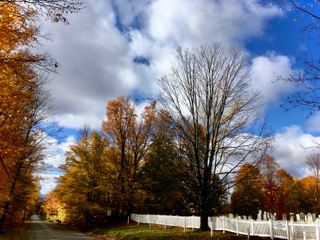