The Armchair Squid turns two years old today. As such, it's awards show time. And the Squiddy goes to...

Back in December, I wrote a review of Mr. Brewer's book End Run and posted links to the review on both Goodreads and Twitter, per usual. Just a few hours later, I got a comment on the post from the author himself! I was tickled pink.

So, be careful what you write, folks. You never know who might read it.

This past television season, the CBC carried Men with Brooms, a show based on the curling-centered film of the same name. I had a great and glorious plan to post reviews for each episode of the show. While DirecTV, our satellite provider, does not carry the CBC, I had hopes of being able to watch the show via their Website. Denied! Episodes could not be streamed outside of Canada. I was able to watch the first few episodes by pirate streams but that got to be more trouble than it was worth. Hosers!

Federer's uncharacteristic reaction at the end of the match said it all. This victory was about a lot more than one match, one opponent, one tournament. The message was pretty clear to Djokovic, and to all of us: "I'm not done just yet." The final was great, too, astonishing in the genius-level of play Fed and Nadal nearly always bring to their rivalry, but the semifinal was the one that really mattered in the arc of the season. Note: that was one of only two matches Djokovic has lost so far in 2011.


Best Story: The Rise of Djokovic

It would be cheating to say "men's tennis" but one certainly could. The current narratives of Nadal, Federer, Murray, Fish, del Potro, Tsonga and many others have added up to an absolutely marvelous season. But what can you even say about a man who has done what Djokovic has done over the past twelve months? He has only lost eight matches during that time (interestingly, four of them to Federer) and won ten titles, two of them Slams, plus the Davis Cup for Serbia. He is the undisputed World #1. His ascent has been anticipated for a long time. But who could have foreseen that it would look like this?

I will not pretend that Mr. Lewis or any of the authors I've read this year is better than Shakespeare. They aren't. Nobody is. But no book this year has had a greater impact on my blogging than Moneyball. Sabermetrics absolutely blew my mind and has forever changed the way I watch baseball. Moneyball should be required reading for any fan of the game. Even Englishman Nick Hornby raved about the book in The Polysyllabic Spree, though he admitted to not understanding most of it.

Charlie was my only re-read for the blog this year but it seems unfair to compare the other books I read with one of my all-time favorites. No, Roald Dahl isn't Shakespeare, either. But I'm betting Charlie will still be read 400 years from now.


Athlete of the Year: Na Li 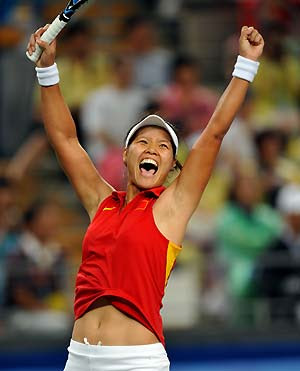 Once again, Roland Garros produced a surprise women's champion. Li was a Curtain Call for me at the Australian Open where she became the first Chinese player to make a Slam singles final. Then, after a miserable spring season, she surprised absolutely everyone by claiming the title in Paris. With all of the moaning about tennis being on the decline in the US, the sport is booming worldwide, nowhere more so than in Asia. Will her RG title prove the watershed moment for the sport as so many believe? Only time will tell. In the meantime, she deserves full credit for her astonishing achievement.


Post with Most Unexpected Consequences: Baseball Tunes: Take Me Out to the Ball Game

My first music-centered post had one most unexpected result: My Wife's first - and so far, only - comment on my blog! I can't complain too much as she is one of my two most faithful readers but I couldn't help celebrating the moment. If you haven't checked out her blog, you should: Wikes! Hikes on the Long Trail. 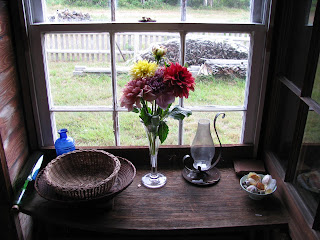 It really was just about the perfect family holiday. We all love the place. We can be equally happy doing things or doing nothing. Cost is minimal. The scenery is stunning. One could hardly ask for more. More photos here, here and here. 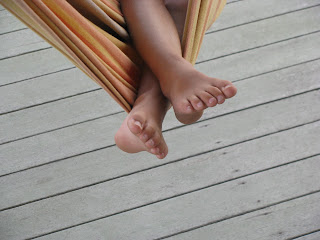 The A-to-Z challenge was great for a lot of reasons but perhaps best of all for exposing me to all of the excellent photo blogs out there. They have inspired me to take more of my own and post them. Here are my favorites:

Posted by The Armchair Squid at 5:01 AM