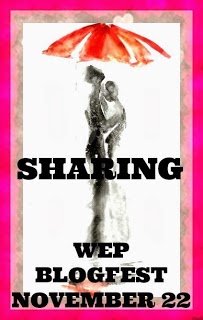 Denise Covey is hosting Write...Edit...Publish, a monthly bloghop (details here). November's theme is "sharing."  Alas, I have no story to offer all of you this month.  However, pondering the theme led me in some very interesting directions which I hope will bear fruit in the long run.  I started a story but it definitely needs some time and may fit December's theme of "traditions" much better.  Don't run off just yet, though.  I shall not leave you empty-handed, fellow travelers.  I will happily share some of my discoveries.  Some of you smart people probably already knew all of this but much of it is new to me.

Be sure to visit the other participants as well.  The link list is at the end of my post.

A variety of inspirations and explorations has sparked an interest in moons.  Let us begin with our own lunar satellite, Earth's steady date for the great cosmic cocktail party.  Our Moon is not the largest in the Solar System but it is the largest relative to its planet at 1/81 the mass of Earth.

I was very interested in other planets as a child but never gave too much thought to their moons until this week.  Two in particular have caught my attention.  Europa, the fourth-largest of Jupiter's 67 confirmed moons, is considered by many to be the best candidate in our Solar System for supporting terrestrial life.  In fact, there is some speculation that microbial life could already exist in Europa's under-ice ocean.

Titan is the largest of Saturn's 62 confirmed moons and the second largest natural satellite in the Solar System after Jupiter's Ganymede.  Titan is larger in diameter than the planet Mercury, though smaller in mass.  It is the only moon in the Solar System known to have a substantial atmosphere.  Some have theorized that conditions on Titan might be similar to those of primordial Earth, suggesting the capacity for life origination there as well.


I hope you will consider joining the Cephalopod Coffeehouse, my bloggers' book club.  Please sign on to the link list at the top right of my blog, where there is also a link to more details.

Please visit others participating in this month's Write...Edit...Publish bloghop: