Just got back from our annual December trip to Washington, DC.  As regular readers may recall, I grew up in suburban Maryland and my parents have since moved into the city.  Our recent tradition has been spending Christmas Day at home in Vermont, then down to DC the day after.  A few highlights from our latest visit... 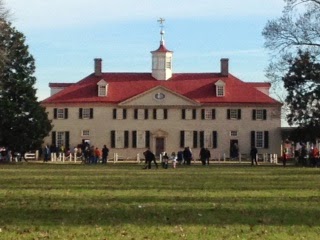 George Washington's northern Virginia estate was a popular destination for school field trips growing up so I had been a couple of times before but not in about 25 years.  Saturday was a gorgeous day, weather-wise, our best of the trip.  It seemed like a great day to go.  Unfortunately, a lot of other folks thought the same thing - huge crowd.  Parking was a nightmare, then a long line for tickets. 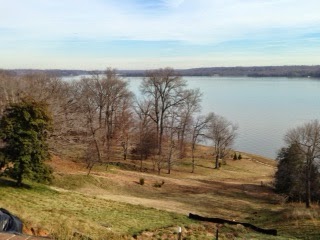 Worth the wait, though.  Mount Vernon is beautiful, particularly the mansion and the view of the river.  George Washington was a great man.  And, as with many of the Founding Fathers, he was also an obscenely wealthy man.  One must not forget the slavery upon which such opulence was built. 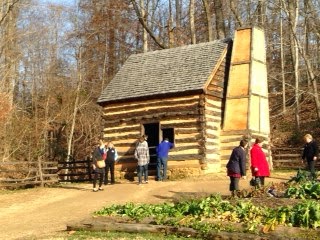 Beauty and the Beast

On Sunday, we ventured bravely back to northern Virginia - Crystal City, this time - to Synetic Theater for a production of Beauty and the Beast.  The company specializes in wordless performances of Shakespeare and other classics.  This production did include spoken narration but most of the story was told through movement, dance and elaborate staging.  The fairy tale was told from the perspective of the witch who placed the original curse on the beast.  Without the narration, that would have been difficult to follow I think, but I still would have preferred the show without it.  Even so, the show was dazzling, especially for the lighting, set design and the strong performances of the two leads.
The theater recently took a big hit in its public funding.  They're still a little short of their fundraising goal to make up the difference so if, in your post-Christmas cheer, you're feeling generous, they would be grateful for your contribution.  Beauty and the Beast runs through January 11th.  Their next show, a wordless Much Ado About Nothing, begins in February.

My parents are regulars at Tono Sushi, a Japanese/Thai establishment on Connecticut Avenue.   The co-proprietor recognizes their voices when they call for a reservation (or so he claims, I'm guessing there's a technological assist on that one) and always comes over to the table to chat.  Our server was an older Japanese woman, both charming and attentive.  The food is excellent, of course - chirashi is my go-to at sushi restaurants these days.


As always, it was fun to go but it's great to be home, too - even with nothing but sub-freezing temperatures in the forecast for the rest of the week.

Posted by The Armchair Squid at 10:30 AM