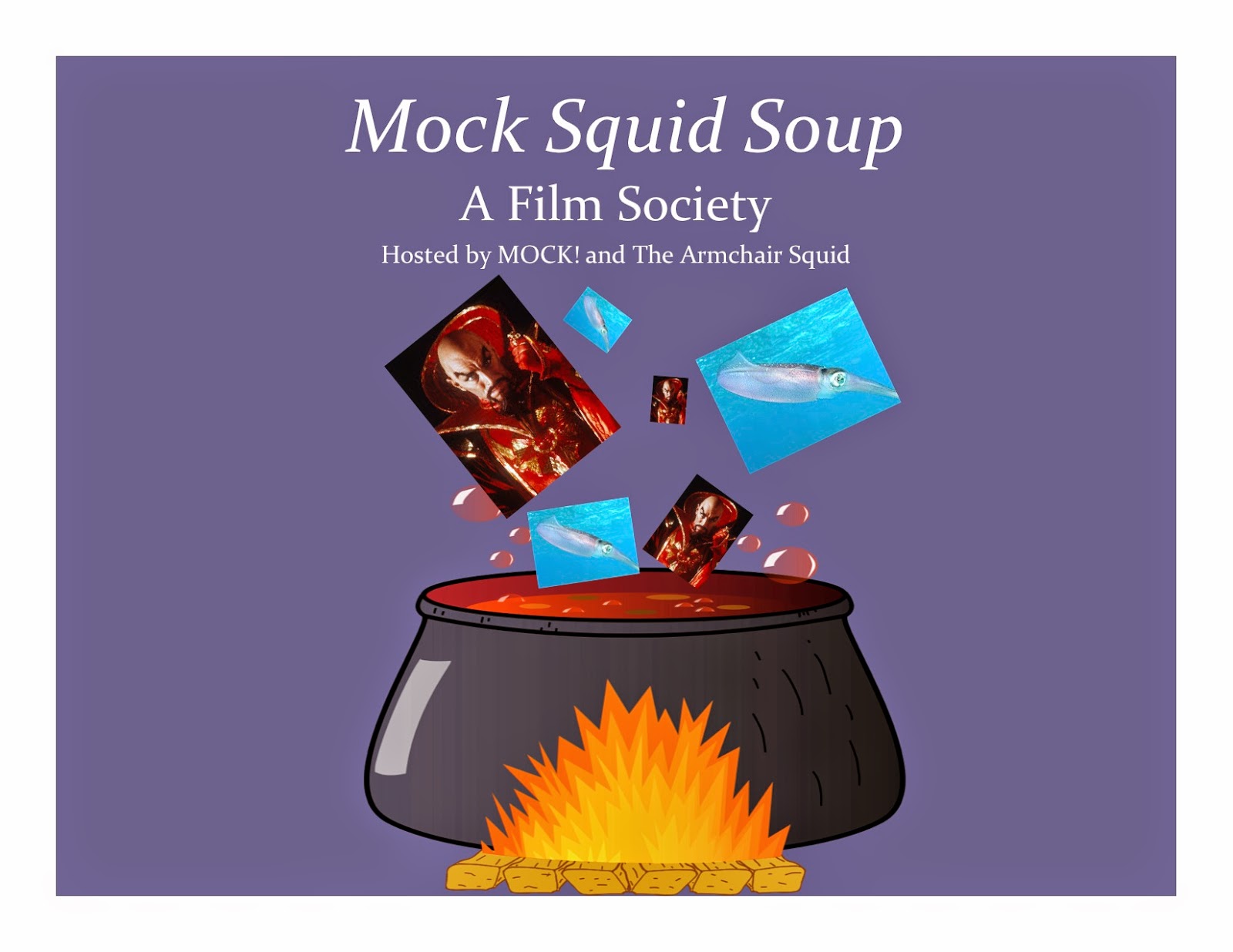 MOCK! and The Armchair Squid are proud to present Mock Squid Soup: A Film Society!

Next meeting is Friday, July 10th.  As announced last month, the plan for this month is for each participant to pick someone else's movie from our ever-growing society library.  Henceforth, I will maintain a list of those movies here, also to be found on my page list as "Mock Squid Soup Film Library."

This month's twist: Six Degrees of Separation.  Remember that game Six Degrees of Kevin Bacon by which you had to connect KB with some other actor in six movie connections or less?  For instance...

Kevin Bacon to Olivia de Havilland:
The challenge for this month is to find a connection between one of your movies and one of someone else's in six films or less.  You may use cast, crew, filming location, caterer, whatever works.  Creativity will be praised and admired.

Posted by The Armchair Squid at 7:00 AM