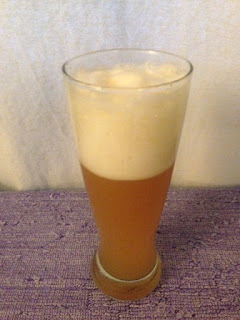 This was actually my fourth time making my own beer, though it's been a few years.  To this point, I have only used mixes, all from Brooklyn Brew Shop.  This time, it was the Mosaic Single Hop IPA.  The beer turned out just fine but I won't kid you, making beer is a royal pain, especially in comparison to making soda.  Admittedly, most of the process involves waiting: waiting for water to boil, waiting for the brew, waiting for fermentation, waiting for carbonation, etc.  But transferring liquid from one vessel to another is always a hassle, especially bottling.  Again, the beer is good but is all the effort worth it?  Even if I had better equipment?

I do live in a land of fantastic beer.  Vermont has more breweries per capita than any other state in the USA and most of the product is top-notch.  Is it worth making my own if I can easily pick up something better at the local store?  The soda I recently made, on the other hand, was much better than anything I've ever bought and that was on the first try.

My wife is the one who has encouraged me to try brewing my own and is willing to invest in better gear.  After all, she reasons, I really like beer - true.  She suggests, however, that I should get away from the mixes and make them from scratch.  I do have a couple books with recipes.  I'll give the idea some thought.