Bitters of the Month: Whiskey Barrel-Aged 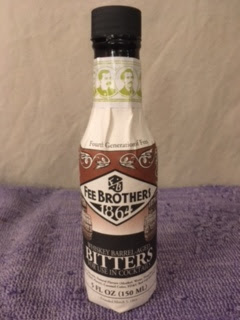 Fee Brothers produces a version of its aromatic bitters which is aged in whiskey barrels.  I would say the flavor is closer to Peychaud's than to Angostura: a hint of licorice, though there is a taste of cinnamon which brings it towards Angostura territory.  As for the whiskey aging, there is a smoky peatiness.  If I were more interested in trying the aromatic bitters without the aging, that could be a revealing comparison.  Perhaps some day.
Posted by The Armchair Squid at 1:00 AM