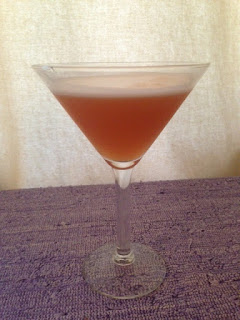 The Mary Pickford is a Prohibition Era cocktail combining light rum, Maraschino liqueur, pineapple juice and grenadine.  It's pleasant, quite fruity.  The pineapple is the dominant flavor, despite being in equal parts with the rum.  I got my recipe from The New York Bartender's Guide.
The drink is named after the famous Canadian-American film actress.  She was one of the biggest stars of the silent era, one of the founders of United Artists and winner of the second ever Academy Award for Best Actress.  The drink was created for her at the Hotel Nacional de Cuba in Havana.