Bitters of the Month: Hopped Grapefruit 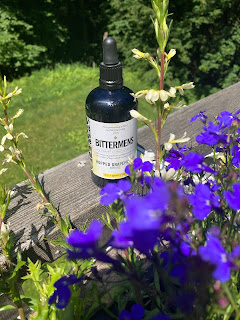 Bittermens Hopped Grapefruit bitters presents me with an opportunity.  I've long wondered if I could create a cocktail that tastes like beer without actually using any beer.  In theory, it shouldn't be too complicated.  After all, whiskey and beer share a common base ingredient: barley.  One could even argue that whiskey is basically distilled beer.  But there's an essential difference: the hops.  For beer, the hops - the flowers of the Humulus lupulus plant - are everything, the flavoring element that sets the sudsy stuff apart from all other food products.
For that matter, beer is everything for the hops, too.  Humulus lupus is not a feed crop.  It's only cultivated for beer.  During Prohibition, hops farmers received government subsidies when their raison-d'être disappeared.  Without such subsidies, the American beer industry would not have been able to recover so quickly once the law reverted.
Back to my project...
A bitters with hops intrigues.  Pairing with grapefruit is meaningful as several hops varieties offer grapefuity flavor hints, particularly citra.  Fortunately, Vermont breweries are outstanding so I was able to find a model for my cocktail quickly: The Alchemist's Focal Banger. 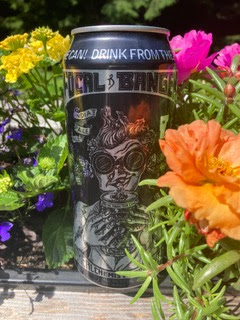 I haven't started with such a specific vision for a bitters before this one.  As such, I felt I could reasonably skip my usual first step of gin (or occasionally vodka) and bitters and go straight for the whiskey.  I chose Irish whiskey (Bushmills) to start as it is the lightest in flavor of the options in my cabinet.  I wanted to give the bitters the best opportunity to shine.
The first difference I noticed: whiskey is sweeter than beer.  I wasn't expecting that but it makes sense. Higher alcohol content likely begins with higher sugar content.  So, I'll want to tamp down the sweet a bit.  Fortunately, the bitters helps a little, supplying a touch of bitterness, probably from the grapefruit peel.  Moving forward, adding dry vermouth rather than sweet probably makes sense.
But there's something else missing, that grainy flavor from the barley.  What can I do to bring that out?  Here is where my previous vermouth explorations can help.  Martini & Rossi's sweet vermouth has a weird, wheaty aftertaste.  One astute commenter described it as an oregano flavor.  What I previously thought of as a flaw could actually come in handy here.  But I don't want to use too much because of the sweetness factor.  So...
I think a Perfect Manhattan is the best template.  With both dry and sweet vermouth (specifically the M&R), I can capitalize on the advantages of both without too much of either.  I think I'll stick with the Irish whiskey as it is the least sweet of my current options.  I'll be generous with the bitters - in fact, a Perfect Manhattan typically doesn't include any.  I want enough to compete with everything else that's going on.
I wonder about bubbles.  Is flat beer really such a desirable goal?  Topping the concoction off with a splash of lager seems like cheating.  Would an extremely dry sparkling wine do the trick?  Or is that too much a waste of bubbly?  Maybe we try the combo above and go from there.
Stay tuned.
I have officially run out of room on my bitters shelf.  Fortunately, I've also just about maxed out the supply of varieties that are available locally.  So, this will likely be the last of my bitters-devoted posts, at least for now.
Posted by The Armchair Squid at 1:00 AM