I know you've all been wondering when I was going to back to curling, already! Well, wonder no longer. The 2012 Ford World Women's Curling Championship gets underway on Saturday in Lethridge, Alberta. As far as I know there is no US television coverage but please let me know if you've heard otherwise. TSN is having online streaming but only on weekdays during the day and experience has taught me that the Canadian channels don't always stream in the States. Even so, I'm excited. In addition to offering its own spoils, this is the first tournament to have any bearing on qualification for the 2014 Olympics. Here's a quick rundown of the prime contenders.

In any international curling tournament, Canada is always among the favorites. This year's representatives will have extra incentive for a strong showing as the host nation. Heather Nedohin's rink (team) hails from Edmonton so they've got provincial pride on the line as well. This is Nedohin's second World Championship appearance though her first in 14 years and her first as skip.

The only curler in this year's tournament to skip a world champion before is China's Wang Bingyu. Bingyu won her world title in 2009. She and her rink won bronze at last year's tournament and also at the 2010 Olympics. 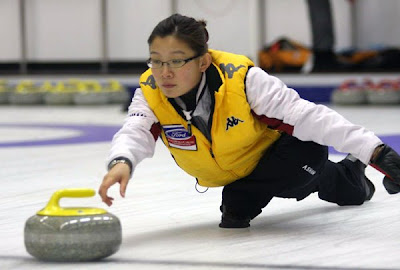 While curling is far more popular in Canada than it is anywhere else, the game was born in Scotland. Eve Muirhead's rink is the reigning European champion. Only 21 years old, Muirhead already has a very impressive resume: a silver medal at the 2010 World Championships and four golds at the junior worlds. 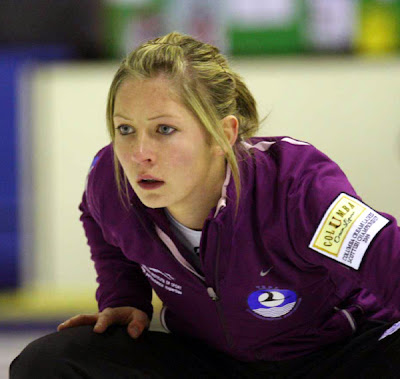 Allison Pottinger, skip of the St. Paul-based American squad is a former world champion, having served as third for Debbie McCormick's rink in 2003. She also has three career silver medals at the World Championship, though she has never skipped a team at this level before. She has a very practical day job: marketing research analyst.

The Swedes are the defending champion, though there was a bit of a coup at the Swedish national championship. Margaretha Sigfridsson and her crew bested the legendary Anette Norberg (2 Olympic golds, 3 World Championship golds) to earn the trip to Alberta. Whereas most skips play fourth position, thus throwing last rocks, Sigfridsson serves as lead , throwing first.

German prospects dimmed considerably when skip Andrea Schöpp broke her leg in practice this week. Schöpp, a university statistics lecturer in her spare time, is a two-time world champion and she will be missed. As yet, a skip for the tournament has not been named, though Melanie Robillard will take over Schöpp's fourth spot.

Posted by The Armchair Squid at 5:34 PM