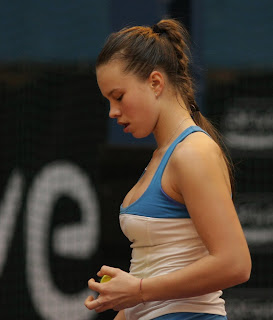 Aussie is Savinykh's best Major.  It's the only one for which she has reached the main draw, having done so last year as well.  Her third round finish is a career-best and will help her ranking tremendously.

Jurgen Melzer (Golden Squid since 1/24/2011) - Austria's #1 is still going strong at age 31.  He lived up to his seed, reaching the third round before falling to Tomas Berdych (5th, Czech Republic) in straight sets.  Doubles was a bit of a disappointment.  A three-time Slam champion in doubles (twice in men's, once in mixed), Melzer teamed with Olivier Rochus (Belgium) in Melbourne this year.  They lost in the first round to the 9th-seeded pair of Alexander Peya (Austria) and Bruno Soares (Brazil).

Posted by The Armchair Squid at 8:50 AM