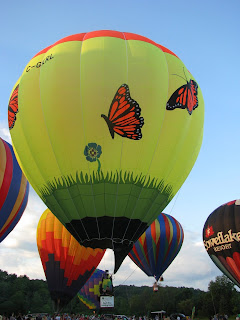 Through her employer, My Wife scored free tickets to the 26th Annual Stoweflake Balloon Festival.  It is a weekend-long event but we only went for the Saturday evening launch.  The Mocks joined us, too.  None of us knew much of anything about ballooning going in.  I think I may have gone on a tethered ride as a child but as an acrophobe, that's the sort of thing I wouldn't remember too well because a) I would have been cowering in a corner of the basket screaming to be let down and/or b) I would have blocked as much of the memory as possible as a means of self-preservation.  It's also possible that I just watched other people doing it and had sympathetic anxieties.  Phobias are fun! 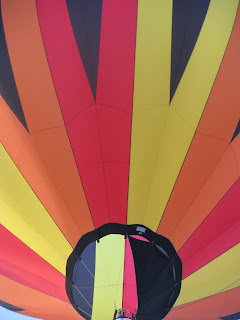 Needless to say, I didn't opt to go for the tethered ride this time and I'm delighted to say that all of my companions also decided against.  Otherwise it was fun.  The food was alright but definitely overpriced.  If we were to do it again, I think we would either bring food or eat beforehand. 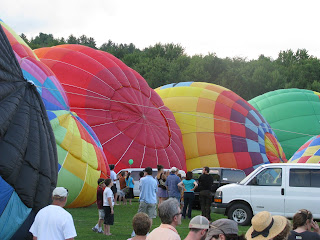 While there was a lot of waiting involved, it was really most impressive once the balloons started to inflate.  We counted 23 in all.  It was a bit like watching sleeping giants awake, then take off for the sky.  Obviously, it's a great opportunity for taking loads of photos. 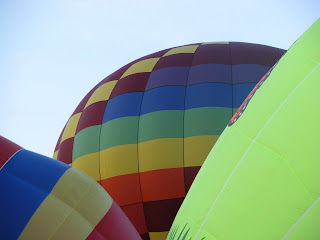 "Oh no," she laughed.  "It would be contingent upon getting free tickets again."

So, there you have it. 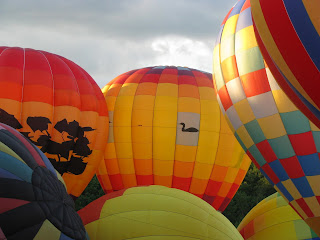 The ladies went hiking on Sunday while I sat riveted to the Federer-Murray match at Wimbledon.  Here is My Wife's write up:

I did get to meet them for the creemies afterward.  The Underhill Country Store had orange again.  I've found that the orange/vanilla twist makes for a better Creamsicle effect than just orange alone.

We won in kickball, 7-4.  Mixed performance by me.  I got to play right field the whole game which I enjoyed but I dropped two pop-ups.  I did get a third to atone for my sins - sort of.  I did better at the plate: 1-for-1 with an infield single.  We have one more game before the playoffs.  Our record stands at 3-3-1.

I leave you with more Balloon Festival photos: 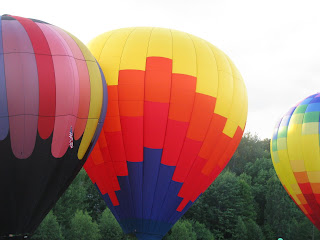 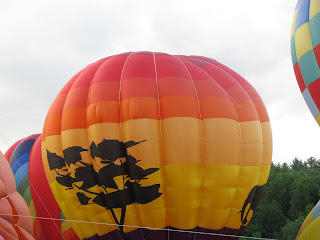 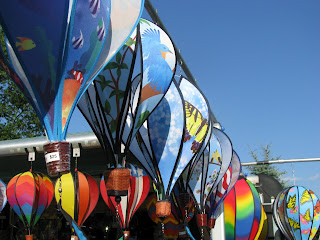 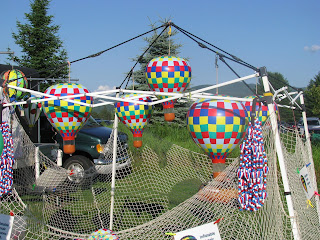 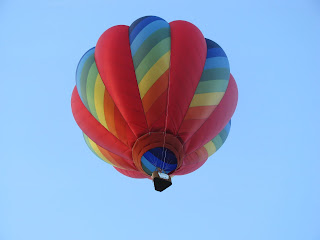 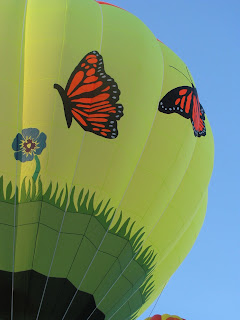 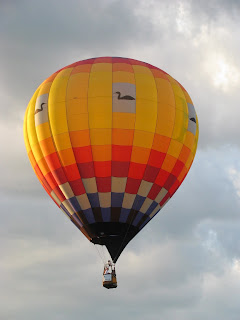 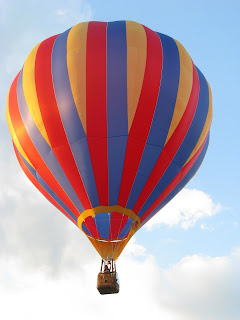 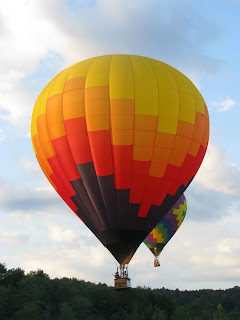 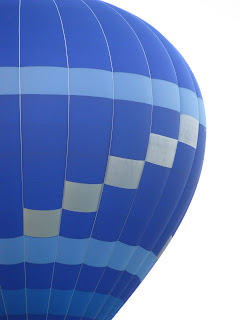 Posted by The Armchair Squid at 8:53 AM