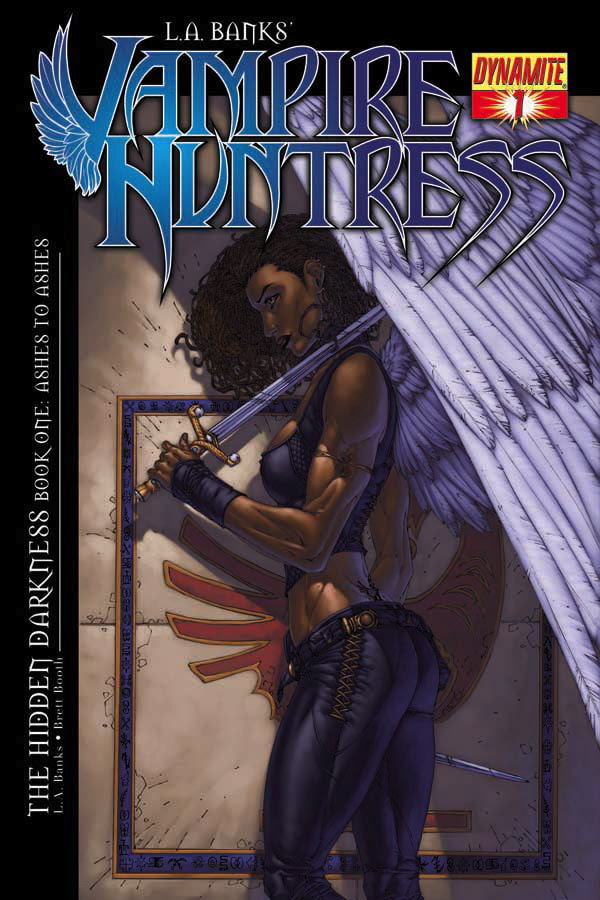 If it's not zombies these days, it's vampires.  The Vampire Huntress Legend Series is a twelve-book novel series written by Banks, who passed away from adrenal cancer in 2011 at age 51.  The comic book series is intended to pick up where the novels left off.  Damali Richards, the title character, must help her followers piece life back together after the Armageddon battle which concluded the last novel.

My scavenger hunt was pretty straight-forward: find comic books off the rack with titles starting from A-Z.  Go check out the rest of the participants in this year's A-Z challenge.  The official site is here.