The Armchair Squid turns five years old today.  It's time to hand out some hardware.  And the Squiddy goes to...

Biggest Surprise: Stan Wawrinka Wins the Australian Open
In my Squiddies post a year ago, I wrote that Switzerland's Stanislas Wawrinka was not likely to threaten for major tennis title.  Well, he showed me!  In January, he broke the Big Four's stranglehold on the Slams by winning the Australian Open.  It was the first time since the 2009 US Open that any man outside of Novak Djokovic, Roger Federer, Andy Murray and Rafael Nadal won a major.


Biggest Disappointment: Basement Flood
One Wednesday morning in April, we woke up to three inches of water in our basement.  We lost a lot of stuff, mostly books.  Most disappointing for me, my treasured Dungeons & Dragons books from the '80s were thoroughly soaked.

Roger Federer is not the irresistible force he was 5-10 years ago but he's still substantially better than nearly everyone else on tour.  He gave Novak Djokovic just about all he could handle for five sets in the Wimbledon final before the Serb finally broke through.  It was a brilliant match with both players providing sparkling moments of genius.  With the win, Djokovic also regained the World #1 ranking.

With his Aussie Open title, Wawrinka cracked the top 5 for the first time in his career and, far more shocking, became the top ranked Swiss player.  There's no shame, of course, in being second best to Federer but finally passing the grandmaster must have felt awfully good.  Wawrinka won their next head-to-head match, too, besting Fed in the final of the Monte Carlo Masters in April.  Alas, at Wimbledon, order was restored.  Federer's quarterfinal victory over Wawrinka was visibly demoralizing for the younger man.  Roger is Swiss #1 once again.

My Wife had the brilliant idea of a Family Book Swap for the summer, each of the three of us giving books to the other two.  Heat was the first one she gave to me and my favorite book for the year.  As the subtitle explains, Buford's culinary odyssey takes him from New York City to the Italian countryside.  He genuinely wants to learn to cook but also clearly enjoys the outrageous characters he meets along the way, as do I.  It's a book that makes me want to learn more: always a good thing.


Best Read, Re-Read Category: A Wrinkle in Time by Madeline L'Engle
Admittedly, Wrinkle was my only re-read this year but I was delighted to revisit this childhood classic.  L'Engle's tale of inter-dimensional travel and self-actualization speaks to me differently as an adult.  I still prefer the third book of the series, A Swiftly Tilting Planet, but Wrinkle's good fun.


Best Comics Find: Buddha by Osamu Tezuka
Tezuka is manga's most revered creator.  His series on the life of Buddha ran in Japan from 1972-83 and was translated to English in 2006.  Buddha's path is filled with characters both historical and fictional.  I am by no means an expert on the faith but I think the series is at least good fuel for anyone eager to learn more.  The artwork, especially the landscapes, is frequently breathtaking.


Athlete of the Year: Rafael Nadal
The computer rankings say that Djokovic has had a better year but Rafa's two Slam titles over the past twelve months trumps Novak's one.  Plus, I read Rafa's autobiography this year.  The long-term outlook for Nadal is frequently worrisome and concern is definitely warranted at the moment.  He hasn't played a match since Wimbledon and has withdrawn from the US Open with a wrist injury.  He would have been defending champion in New York so his ranking points will take a serious hit.  Some day, he'll decide that the wear and tear on his body just isn't worth it anymore and he'll retire to Mallorca to wallow in his millions.  He doesn't have much left to prove but the Rio Olympics will be played on clay.  I can't imagine that isn't a powerful incentive for him to tough it out for a couple more years.


Post with Most Unexpected Consequences: Star Trek: The Alternative Factor 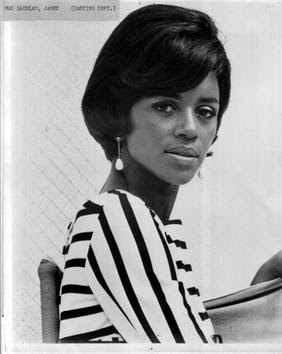 "Janet MacLachlan" by [1]. Licensed under Fair use via Wikipedia.

I think it's fair to say that "The Alternative Factor" is one of the weaker stories from the Star Trek original series run.  However, the episode is notable for what didn't happen.   The original script included what would have been network television's first interracial romance, sealed with a kiss.  But southern affiliates balked so the idea was shelved for a couple of years.  This discovery inspired my blogger pal Maurice Mitchell to do further research.  His much better post on the subject can be found here. 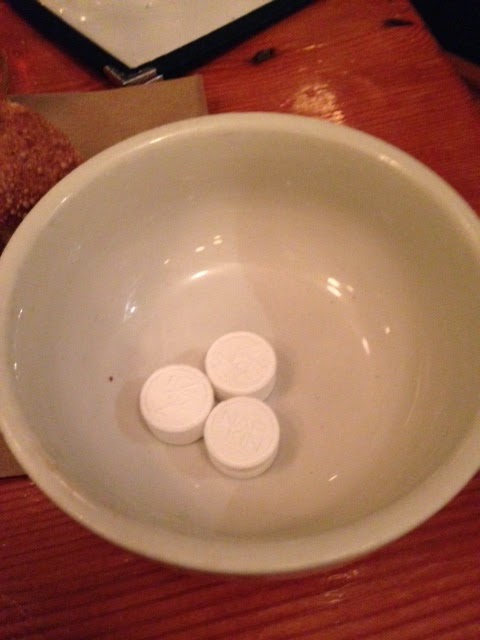 This was a tough choice.  Looking back, we've had several satisfying adventures this year.  Our Colorado trip last month was a wonderful opportunity to reconnect with extended family.  That would be Purple Penguin's top choice for sure.  Our weekend in Montpelier for the Green Mountain Film Festival was also a great success.  Even the Family Book Swap was worthy of consideration here.

In late February, we spent a few days in Montreal.  The city's only a couple hours away from us and we go several times a year but always just for the day.  This was our first overnight in town as a family.  We hit a few tourist attractions but mostly, it was an opportunity to observe Montrealers going about their daily lives: going to work, walking their kids to school, etc.  Not wanting to be stressed out by driving, we left the car at the hotel for the duration and got around via subway.  Public transit is excellent, a great way to see Montreal.  It was bitterly cold but that gave us an honest view of life in the Canadian winter.  I'm very happy about the role Montreal has come to play in our family. Getting to know the city on more intimate terms was lovely.


Best Unexpected Benefit of Blogging: The Adventure of Guest Posting
In July, I had the honor of writing my first guest post, a piece about bullying on Janie Junebug's blog, WOMEN: WE SHALL OVERCOME.  It was also a second opportunity to share my thoughts on another of my favorite books from the past year, Wonder by R.J. Palacio.  Engaging with another blogger's audience was highly enlightening and a great way to make new friends.