The Armchair Squid turns nine years old today.  It's time to hand out some hardware.  And the Squiddy goes to... 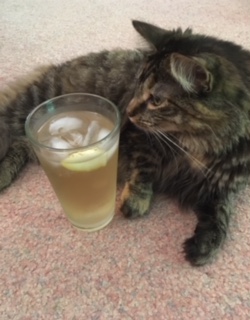 There is always excitement in bringing a new cat into the house.  Every feline brings her own quirks.  One knows to expect the unexpected.  Who would have thought that The Scamp, newly acquired in February, would catch on so quickly to my blogging needs?  Getting a cat to pose for a photo, ever, let alone on command is unusual to say the least.  I make no claim to expert cat training skills.  The kid just gets it.  I set the drink down on the floor, she comes running over.  Hasn't even tried to sneak a sip.

One quiet Saturday, while my wife was out of town, I went down to the basement and heard the sound of suffering coming from the storage room.  Sure enough, there was The Big Lug, our beautiful Russian blue tom, lying on the floor and clearly struggling.  I rushed him over to the vet but he was too far gone.  They put him down upon arrival.  15 years is a long time to share a home with anyone.  He was well loved and sorely missed.


Best Read, First Time Category: The Spy Who Came in from the Cold by John le Carré

It is a classic of the genre for good reason.  There's no glamor at all in the tragic tale of Alex Leamas, a longtime British operative.  In fact, he wants out of the game.  But the Secret Service has one more job for him.  He's just an ordinary guy with an extraordinary job.  His girlfriend?  Just an average woman who fell in love with the wrong guy at the wrong time and so gets caught in his same trap.

Their story could have happened to anyone.  That's exactly why it works.  So good. 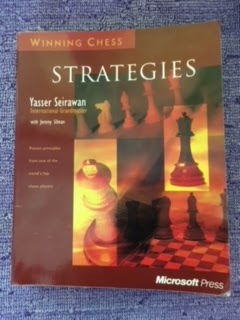 It was nice to end the summer with a chess book and Seirawan is always charming.  Now, if only I had time to play.

Charlottesville was over a year ago now.  The story of race in America hasn't gotten any easier.  But at least people are talking.  March is the graphic novel, autobiographical account of U.S. Representative John Lewis's personal history in the Civil Rights Movement.  So far, I have only read the first book of three but the others are on the shelf and I'm looking forward to them. 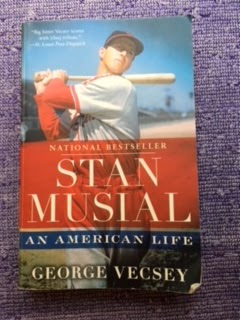 By nearly all accounts, Stan the Man was one of the kindest superstars baseball has ever seen.  Numerous players, stars and journeymen alike, tell stories of how Musial went out of his way to welcome them to the Majors by name, even those who played for the other team.  This really says it all: he earned his nickname not in St. Louis where he played for over 20 years but in Brooklyn, home to the Cardinals' most hated rivals.  The Man turned Ebbets Field into his private pinball machine and they loved him anyway.

We took a two-week to Europe over late June/early July:  Paris, London and Edinburgh.  We have some dear, old friends in London so reconnecting with them was the highlight for me.  As cities go, though, I'll take Edinburgh: small, manageable, easy to get away from the tourists.  Just as important this summer, it wasn't so damn hot.

My wife and I had both been to Europe before but for our 14-year-old daughter, it was the first time.  Every place we went, she was sad to leave.  That was really what I wanted: to give her a taste of the adventure so she would be eager to explore more on her own someday. 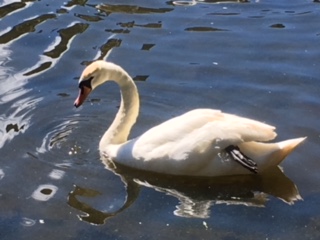