On the Coffee Table: Reed Browning 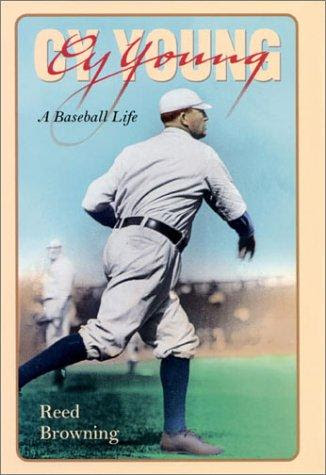 As I have written before, biographies are tricky, especially when source material for the subject is limited as is the case for most turn-of-the-20th-century baseball players. I admire Professor Browning for his candor in confronting those limitations. He readily admits when the sources are scant and when he's offering his own subjective viewpoint, occasionally using the first person to address the reader directly. It defies biographical conventions but all to the good, I say. I much prefer this approach to a writer presuming to know the thoughts of a person long dead, essentially filling in the gaps with unsupported supposition or outright fiction.

I knew next to nothing about the great Cy Young before I started the book and now I am filled with admiration. Browning ends his book with a discussion of Young's place in history, presenting compelling arguments for and against including his name among the all-time greats. His 511 career wins, by far the most ever, offer the strongest case. Controlling for era is essentially impossible. Every athlete is at the mercy of two factors entirely beyond his or her power to change: his birthday and his opponents. Every sport changes over time. Rules, equipment, competitive depth and thousands of other elements are constantly fluid.

All any pitcher can do is take the mound and play the game, one pitch at a time. No pitcher of Young's era, indeed few of any era, did the job so well for so long. I think his stamina is particularly remarkable for an era when such extreme demands were placed upon pitchers: much longer outings and shorter rest intervals than are expected of today's hurlers. It's interesting to note, I think, that very similar arguments of consistency were made for Bert Blyleven's recent election to the Hall of Fame. That's not to say that Blyleven belongs anywhere near Cy Young's stratum.

The structure of the biography is interesting. Browning intersperses the chronological season-by-season accounts with broader perspective chapters on matters such as Young's family life, the specifics of his pitching arsenal, public perceptions and so on. In some ways, I would have preferred to have those discussions better integrated into the chronological reckoning but all the same information came through in the end. I'd say the book's greatest success is in its explanations of the drastic transitions the sport went through over the course of Young's 1890-1911 career: increasing the distance between pitcher and batter, counting the first two foul balls as strikes and the two-league structure among others.

Posted by The Armchair Squid at 8:41 AM