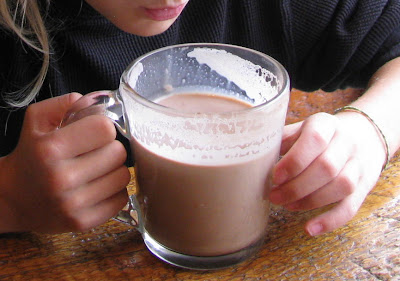 Montpelier is, of course, our state capitol. It is the smallest state capitol in the country by population and the only one without a McDonald's. Ever since we first moved to Vermont, Montpelier has been one of our favorite day trip spots. Among other charms, it has a couple of great independent bookstores and the best Thai restaurant in the state: The Royal Thai Orchid. It seemed the perfect place to spend a gray, rainy autumn Saturday.

Much to our disappointment, the Thai restaurant was closed and will be until November 17th (lesson learned: should have called ahead). But seriously, if you're in the area and hankering for Thai cuisine, you can do no better in the Green Mountain state. We've looked. If the crispy duck special is on the menu, order it!

It was but a minor setback. Naturally, there are other options in town. We settled on The Skinny Pancake: a fine choice, as luck would have it. The company also has a location in Burlington plus a cart on Church Street, Burlington. The restaurant bills itself as "a unique creperie and coffee shop committed to nourishing localvore values in Vermont." It was tempting to sit around eating crepes all afternoon but they were a little too pricy for that. We each ordered savory classics. I had the Deja Vu which was pleasantly breakfasty. My Wife had the Lumber Jack which had a wonderful barbecue sauce on the side. I got a great whiff of it as soon as our server put the plate down on the table.

Then on to the bookstores, first Bear Pond Books for new books. My ladies sought and found a sewing book for kids, a new, sudden interest of Our Girl's. Then Rivendell Books, the second-hand shop. I got to point out the Tolkien connection for Our Girl, which was fun.

We lost in broomball on Friday but we played well and fought hard, a well-earned 2-1 result. We had few subs so I was exhausted by the end but we played real positions for the first time in my tenure, I on defense for most of the game with my partner in crime, whom we shall call Blue Liner. My mind has been working on schemes for our next game. In watching the other team, one of our number discovered the secret to harder shots on goal, too: hitting the ball with the edge of the blade. We need to work on that one, I think.

Posted by The Armchair Squid at 10:02 PM